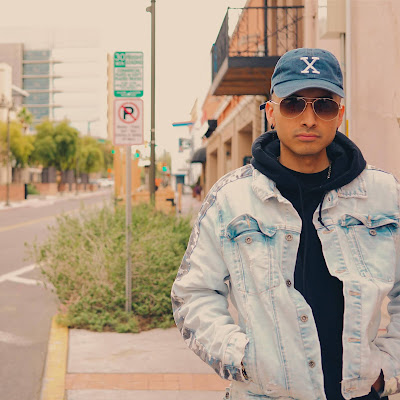 Yeah. Yeah. I know this play won't appeal to everyone. There's some pretty strong language in it. But I wrote this play for the people who would be the most affected by the negative impact of climate change. I wanted the teens' dialogue to reflect the way they talk. I had a friend from South Tucson go over the dialogue for the Latino brothers to make it more authentic. Some of the actors did a little improvising, too.

I was looking for an artist who would bring a teen audience to the virtual premiere of ReGeneration: The Tucson Story. A friend recommended that I reach out to recording artist  R3D. To be honest, I wasn't sure if he even wrote the kind of lyrics I needed. There were no songs about the environment or climate action on his page. The closest thing I found was a music video about the police inspired by what had happened over the summer, Land of the Privileged. 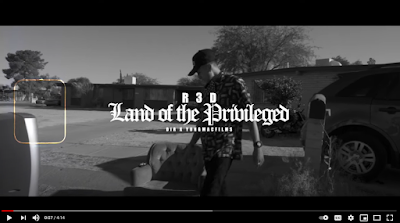 R3D messaged me saying that he thought it would be awesome to do, but he didn't have any songs that fit the topic of my play. But he would like to meet sometime in the future to talk about another project.  I made a final pitch, telling him that he had nine days until the premiere if he wanted to write something for it. I shared the two main themes with him: diverse communities coming together and sustainability solutions like rainwater harvesting or regenerative gardening. Told him he was welcome to rap about the desert or love of Tucson or water or the Santa Cruz... I was thrilled when he said he could come up with something!
I asked him why he was interested in this project and he responded, "I’m all about cleaning the earth. Saving the planet, we live in it and we must keep where we live clean. I also want my kids, kids, kids to have a better future but it starts with us. Therefore our kids will learn and continue to keep earth clean so their kids future will be brighter than ours."
Team Regeneration is thrilled to have R3D join us because he is such an excellent example to the teens in his community. 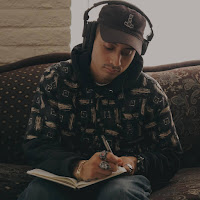 "I started rapping because I wanted to be heard and feel better with everything. No one listened when I spoke but when music got involved everybody listened. I come from a neighborhood in south Tucson where you’re either a gang member or sheltered at home for protection. I didn’t want either, so I became an artist. Then I started to get respected from the people in my neighborhood. Writing music kept me away from what most of my peers were doing, it kept me busy so I had no time to be out getting in trouble. It freed me from many problems growing up, it became therapy so when I had problems I didn’t speak to a person, I spoke to a mic. Eventually people heard, and I wasn’t the only one in my neighborhood who wanted something different."
Can't wait to see what R3D comes up with for the premiere. Honestly, I believe his message will appeal to all generations. Because we need climate solutions for generations to come.

Jana Segal
My journey hasn't taken me where I expected when I completed my MFA in Dramatic Writing. After working on love projects like the award-winning script, “Model-T Biscuits” with my mom (Lorna Beall) and raising my two boys, I spent years building Tucson's independent film community and writing movie reviews to promote meaningful films. In the process, I watched a few environmental docs which led to the most important trek of my journey - embracing a sustainable desert lifestyle with my husband Dan. Inspired by a group of rainwater harvesting enthusiasts, we spent our weekends digging basins to capture the rain. We learned everything we could about sustainability and climate solutions, then shared that passion. After searching my heart, I've decided that the best way to reach people is through storytelling. I love telling environmental stories like “The Beaver Family” and “The Santa Cruz River Story." I directed, “No! (That Isn’t Recyclable).” It is such a joy to get back to my first love of playwriting. I am blessed to be working with the talented cast and crew of, “ReGeneration: The Tucson Story.” I believe that we can all use our talents and passions to create a sustainable future.

How This Virtual Production Came to Be

It all started on a sunny fall day. The morning my husband Dan peddled off to enjoy Watershed Management Group’s Homescape Harvest Tour, in ...